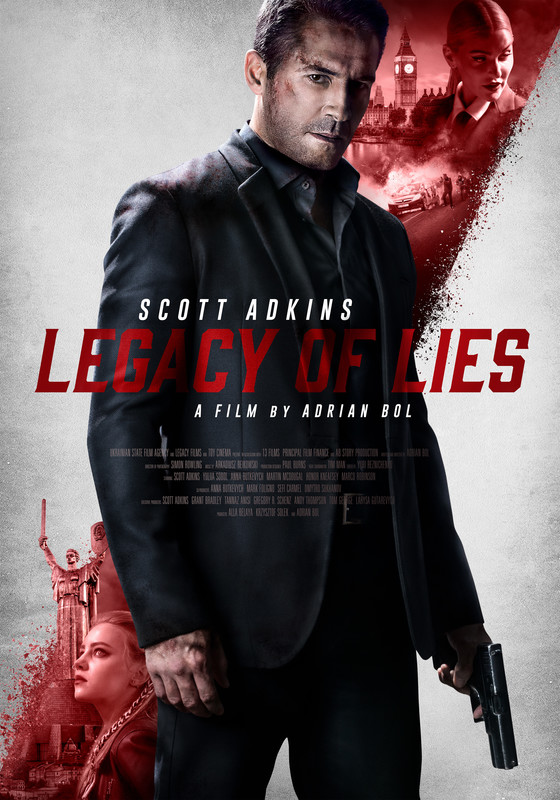 When an ex-CIA agent’s (Scott Adkins) daughter is kidnapped by Russian agents he is forced to team up with Sasha, a mysterious Ukrainian woman to track down a video incriminating the Russian government in her abduction.

Adrian Bol is an award-winning Dutch director/screenwriter. “In my work my goal is to connect with humanity, inspire visually, and stir emotionally, finding the cues that make us feel, trust and believe in something that we know is make-believe. I try to find the realness in things, allowing the beauty to come through”.

Filmmaking got a hold of him during his first year at the prestigious Gerrit Rietveld Academy of Art in Amsterdam: he painted but also experimented with film – and his work got him noticed. A production company offered him a job as director, and he left school to take the opportunity. While he continued to paint, from then on he focused on filmmaking.

Adrian’s rapidly built skill set resulted in his first feature film CASTINGX, a dark voyage into voyeurism, seduction and revenge that premiered at the Dutch Film Festival and was reviewed by Luc de Rooy as ‘an outline of a future masterpiece’. His short film SWEET BETTY was the result of a collaboration with Robby Muller and Rutger Hauer at the Rotterdam Film Factory. It was shown at the International Rotterdam Film Festival.

His second feature BLINDSPOT, which won multiple awards internationally, was also a psychological thriller. It’s difficult to pinpoint for Adrian why he prefers this genre, but this fascination is not just about the suspense or the action, he says: “It’s actually more important that the characters get under your skin; there has to be a development there. In the protagonists themselves, and in their relationships too.”

In 2019 Bol directed and wrote LEGACY OF LIES, starring Scott Adkins, Yuliia Sobol and Martin McDougall. The film features Martin Baxter, an ex-MI6 agent, who is thrown back into the world of espionage and high stakes when a beautiful young Ukrainian journalist, seeks his help uncovering the shocking truth about operations conducted by the Rusian Secret Service.

‘Legacy of Lies’ is a fast-paced spy thriller full of drama, action and suspense with edgy characters to whom a broad international audience can relate. SCOTT ADKINS plays Martin Baxter, an ex-MI6 agent who is thrown back into the world of espionage and high stakes when a Ukrainian journalist (YULIIA SOBOL) seeks his help uncovering the shocking truth about operations conducted by the Russian Secret Service.

As a director I’m interested in the truth of the story that I portray. For me the most appealing characters are outwardly static, but inwardly charged with energy by overriding emotions. The character of Martin Baxter interest me because of this intense dramatic quality. He suffers from feeling he cannot repay for mistakes made in the past, and this idea torments him and will not let him be. He feels a coward, living a life of meaninglessness even though he has a young daughter to take care of. Martin’s existence is challenged when his daughter is kidnapped by the Russian Secret Service (FSB) and they set him off on a mission. He is forced to reflect on his true nature and inner struggle in order to overcome the severe external obstacles that he has to face to bring his daughter back alive.

Films are all about pacing and I visually don’t allow the viewer an objective and safe view from the outside. I’ve chosen a more subjective point of view that emphasizes the perspective of the characters, bringing an immediate, visceral feeling to the film by throwing the audience into the middle of the action. ‘Legacy of Lies’ is a film that sets out to keep the tension in the air from start to finish. Not only by adrenaline pumping action scenes, but also by moments of dramatic intensity, making it nearly impossible to turn your attention to anywhere but the screen. 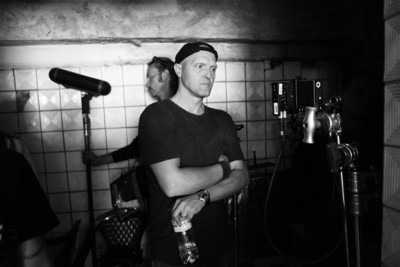