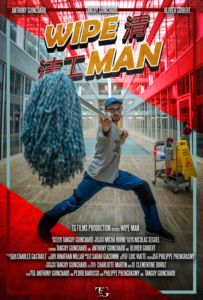 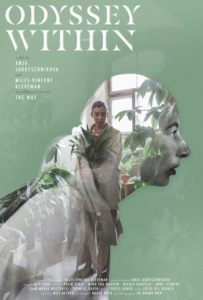 The moments of isolation and seperation are most of the time the door opener to a journey within. That is how we discover new sides and parts of ourselfs which we ignored for so long. 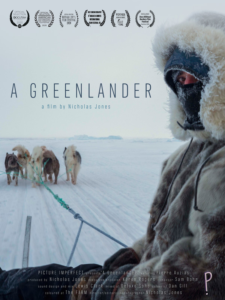 ‘A Greenlander’ follows Pierre Auzias (66) a French Painter fully integrated in Uummaanaq, a settlement 450 miles north of the arctic circle in Greenland.

After 14 years in Greenland, Annie, Pierre’s partner, retires from her position as the town Doctor and returns to France. Pierre then spends an agonising 9 months in limbo, waiting to find out if the Danish Authorities will grant him citizenship. 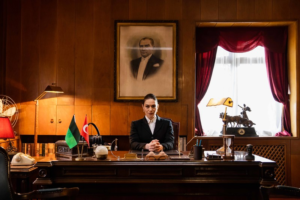 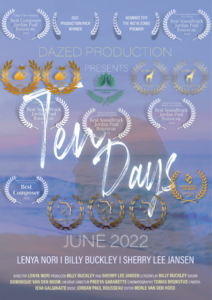 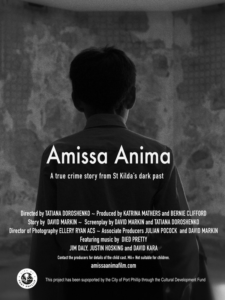 Four boys survive on the seedy night streets of St Kilda’s red-light district in Australia in the 1980’s. Based on true events. (Adult themes) 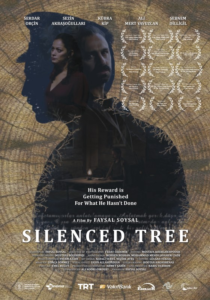 A short while after his dominant wife abandons the wimpy and meek Hayati, who is a literary

teacher in a patriarchal town, the police find an unrecognized female corpse by the lake.

that someone else committed.

to hold on to his past: his shattering marriage, his sick old mother, a decaying walnut tree

and the memory of his father. Instead of moving on with his life and taking control, he

passively accepts its blows and is only interested in digging into the past, until his

discovery forces him to confront his own weakness and answer the question: is standing

idle while witnessing evil being done is just as much of a sin as doing it? 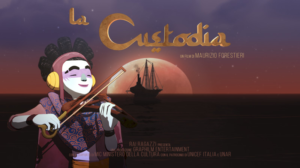 In an unknown time and place, a young boy escapes war with nothing but a dream and a violin case. Along the way he meets the beautiful Naila and a group of other travelers. He crosses deserts and seas during a long and dangerous trip. The music in his heart will guide him along the journey to find his path on the other side of the border and destroy prejudice. 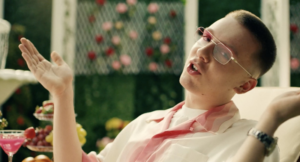 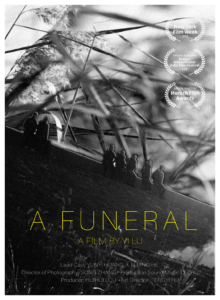 An old, stubborn veteran conducts a funeral for himself on the past battleground and confesses to his family that he is no war hero but a deserter.. 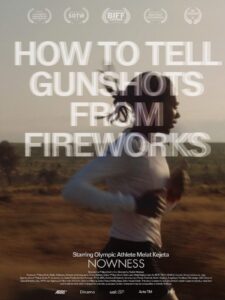 HOW TO TELL GUNSHOTS FROM FIREWORKS

The story of gifted German runner Melat Kejeta is told through exclusive footage of her preparations for the 2021 Olympics in this experimental portrait documentary about a young refugee who has become a world-class athlete. To achieve her goal of a podium finish at the most important race of her life, she must defy both physical and mental adversity at the training camp in Kenya, just a stone’s throw away from the country she had to flee from nine years ago. 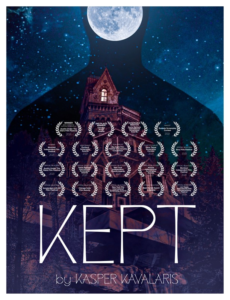 When a wild Manhattan author nearly dies from an overdose, she trades the penthouse for a secluded country mansion in a desperate attempt to fix her life, but when a poltergeist begins terrorizing her family, and a local Sheriff starts digging into her past, the author knows her deepest secret is in danger of being revealed. 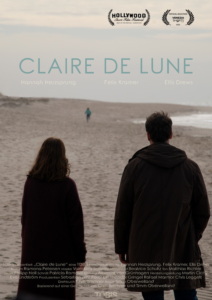 A married couple tries to come to terms with the terrible tragedy which threatens to destroy their family. 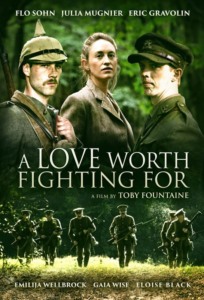 A LOVE WORTH FIGHTING FOR

A Love Worth Fighting For is set in the opening month of the First World War, August 1914. But it is not a war film, rather an anti-war film, and a love story. It is meticulously researched and

fight, politicians and generals are sleepwalking their way towards unimaginable catastrophe with

all the arrogance that defined the Edwardian age. The conflict will become enormous, the scale

Against this epic backdrop, the film throws into relief the lives of just two men. They are

insignificant players in one of the twentieth century’s greatest tragedies. But their stories are no

less poignant and compelling for it.

A Love Worth Fighting For examines immense concepts – the futility of war, nationality, love,

The result is unique. It is poignant, compelling and sad. It asks difficult questions. Yet ultimately,

it ends with hope. Because without hope, what do we have…?