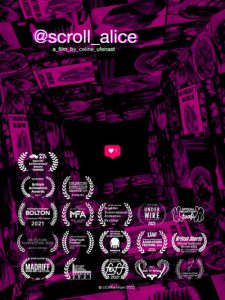 An experimental short about our love-hate relationship with Instagram and our photo-editing mania. 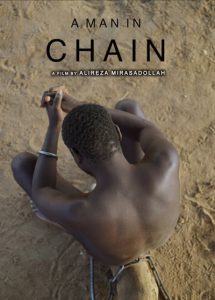 A Man in Chain

Issa is a 29 year old man held by chains. In the past 14 years, through winter and summer, rainy seasons and drought, he has been tethered around a thick, solid tree root within the sight of the family hut. He cannot move beyond the earthen circle allowed by his two-meter-thick metal chain.

Leon doesn’t want to go to jail. After years of heroin use, he therefore has to commit to therapy. His father Hans-Joachim doesn’t want to die. The artist tries to overcome death and become a Homo Digitalis. After a long break, Leon visits his father in the central german province. It will be the last time they see each other. 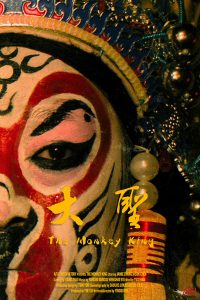 Bao, a 40-year-old divorcé and small-time Chinese Opera amateur performer finally gets a chance to perform to the city’s VIPs. However, his son’s departure to America forces him to make a decision between their relationship and his potential big break. 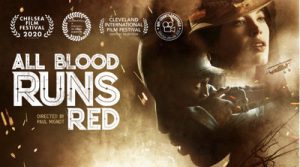 Son of a slave, Boxer, hero of Verdun… Discover the epic life of the first African-American fighter pilot in history. 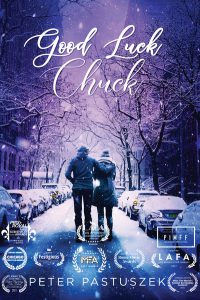 For a long time David is captured in a life filled with depression, low self-esteem, and an extreme shyness regarding other people, especially women. After a sudden cancer diagnosis David decides not to start chemotherapy, and therefore to put an end to his sad life. His last wish: A journey to New York.

Hardly arrived there, he meets the astonishing and slightly crazy Coco that promptly employs herself as his personal tour guide. Her mission: To show David the most beautiful places in her world, and to finally make this timid man get out of his shell. 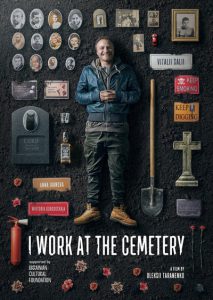 I WORK AT THE CEMETERY

Forgiving the mistakes, learning to love and stop being afraid of life – it is rather difficult to cope with at the cemetery, but it is quite possible. Even though it sometimes seems that the cemetery is not outside, but inside of you.

Sasha – a man of about 35 – manager of a firm that installs tombstones at the cemetery. He has a lot of customers, each of whom experiences

a personal tragedy. However, Sasha is full of cynicism and irony. One day his 14-year-old daughter appears to return her father into her life. Sasha also meets a young business lady who has just buried her son and a lonely old man who has ordered a tombstone for himself. Sasha becomes involved in the struggle for power between the “eminence grise” of the cemetery and the new manager. And in this whirl of personal tragedies and criminal clashes, it gradually becomes clear that Sasha has a severe psychological trauma because of what happened in his past. 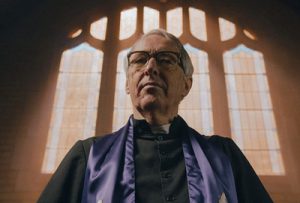 Guilty Love is a song written by Ladyhawke and BROODS.

Lula Cucchiara directed this music video and it was all shot in New Zealand. 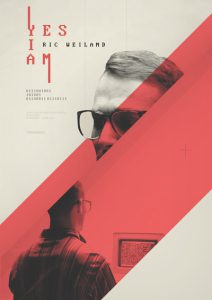 Yes I Am – The Ric Weiland Story

Narrated by Zachary Quinto and produced by Fenton Bailey and Randy Barbato (World Of Wonder), the story of Ric Weiland’s life and legacy can be measured in incredible milestones.

He was one of the first employees at Microsoft. He helped focus and organize their early successes. It made him wealthy and influential at an early age. He never felt overly comfortable with his wealth – he didn’t feel that he deserved it. Other people had worked harder for what they had, he thought. So to quiet the nagging doubt, he turned to philanthropy.

Out and proud since the 70’s, Ric was a champion of gay rights. During his life, he donated more than 20 million dollars to fund more than 60 non-profit organizations. His efforts to establish representation and resources for the LGBT community still have a profound impact today.

He also lived through the AIDS epidemic. Painful losses tempered his social life, and focused his resolve to give back to his community during a time when they desperately needed hope. Like so many of his friends, he was diagnosed with HIV. It seemed he wouldn’t emerge from the crisis unscathed emotionally, or physically.

As his wealth and influence grew, Ric seemed to slip further into self-doubt, depression, and a kind of impostor-syndrome that seemingly no one could talk him out of. It was clear to see from the outside looking in that he was a brilliant, impactful, and beloved person. Where was the disconnect in his own heart and mind?

It’s difficult to overestimate the impact that Ric had. Technology, gay rights, HIV/AIDS research funding… and the list goes on. He was one of the greatest philanthropists in American history. A founding member of one of the biggest companies on earth. But he couldn’t manage the pain and doubt within his soul.

Near the end of his life, he wrote, “I’ve lost interest in fighting my depression and other emotions. I can’t see how it would end given my circumstances.”

It’s a chilling reminder that no matter how much success one finds – everybody desperately needs help… geniuses included. 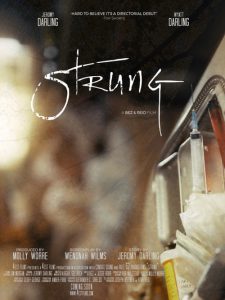 Lost in the forest of his own mind, Eric must rely on the survival skills of an enigmatic nine-year-old boy to help him battle vicious withdrawals and self-deprivation to catalyze change within his family’s cycle of addiction. 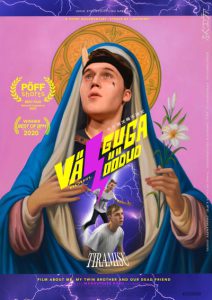 Raul and Romet are two film school students who one day wish to become world-famous film directors. However, this is not the purpose of this film. They had a really unique friend Brandon – he was a wild card. Suddenly Brandon committed suicide. Now the brothers attempt to understand the mysterious end of their best friend, by making a movie for him. 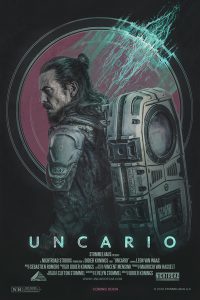 In a dusty future where the last humans have taken refuge in a cold, sterile Moon colony, A-153 is being driven mad by vivid dreams of a beautiful green world. While planning his escape, he picks up a distress signal from Earth! Hellbent on making contact, he steals a ship and launches toward the planet. Soon he will discover the horrifying truth about his fantasy world and the person who called for help. 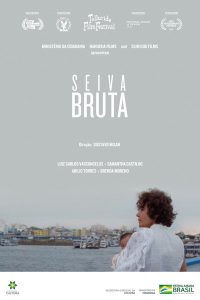 Seiva Bruta (Under the Heavens)

Marta, a young Venezuelan mother, is immigrating to Brazil when she meets a struggling young couple with a baby girl. Her ability to breastfeed causes their fates to become forever entwined. 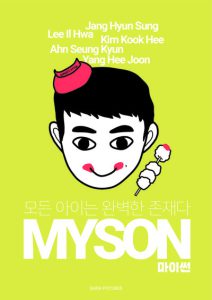 Normal is relative. A fathe takes care of the 18 year old handicapped son who declares his independence. He can’t take nor turn down his son who wants to live like a normal person at least one day. 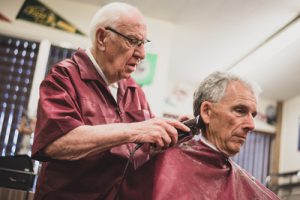 An 86-year-old barber in North Dakota still cuts hair with a winning smile, even as the world around him has changed. 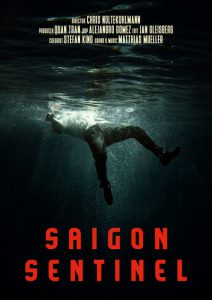 Nguyen Van Chuc lives under the bridges on the Saigon River. Driven by a small outboard motor, he goes out onto the river every day. His mission: He fishes the bodies of suicides out of the water so that they can be given a proper burial.

Nguyen is a believer and gets up at 4 a.m. every morning to pray before he starts his work on the Saigon River. He used to be a fisherman, but the river is so polluted for a long time that he can no longer practice this profession. He now earns his living as a water cab that transports people and goods from bank to bank. 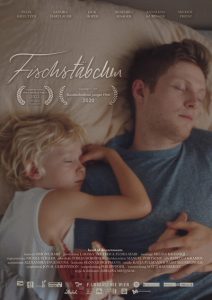 Fish Out Of Water

Fish Out Of Water by Adriana Mrnjavac

“Fish Out Of Water” tells the story of a young father who gets the chance to spend a weekend with his five-year-old son Louis after not having been allowed to see him for a while. Michi’s cluelessness is met by his son Luis´ curiosity and childish candour, and Michi slowly grows into his role as a father. 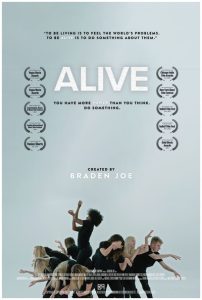 A hybrid, experimental documentary which explores the issue of modern-day slavery perpetrated by the fast fashion industry. Through art, dance, and anthropology, Alive seeks to start the conversation of our individual role in the world, and our responsibility to fix its issues. 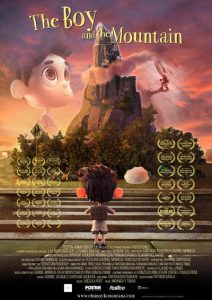 The Boy and The Mountain by Santiago Aguilera

Hernán is a child who likes to daydreaming, but in his studies he is not doing well at all. His father constantly urges him to improve, advising him that he must reach very high to succeed in life. Hernán dispenses with his dream, gradually forgetting it to devote himself to his studies. Over time, and already become a successful entrepreneur, Hernán achieves the dream that his father instilled in him, reach high, until one day he will realize that he has not really achieved something he always longed for. Then he will make the crucial decision to fulfill his dream, but fate will play tricks on him. Hernán will have to face a new challenge that will change the meaning of his life. 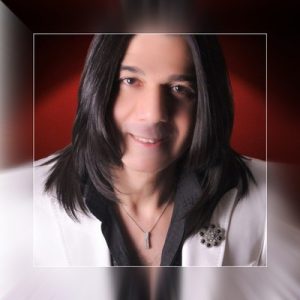 Anyone who’s at all interested in classical guitar can hardly avoid this name.

Iconic Musician Emad Hamdy has won numerous international awards, titles and honors during his musical career. Hamdy was dubbed the “No. 1 musician in Egypt and the Middle East” from Yamaha Corporation in Japan and was chosen as the region’s representative ( YAMAHA ARTIST ) .

Prominent guitarist Emad Hamdy graduated from the Royal British Academy of Music while his musical repertoire came from the Egyptian Opera House to the world.