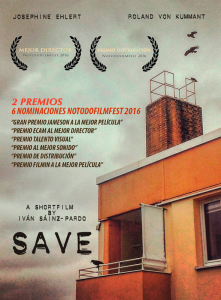 Dawns . A baby breaks the silence . 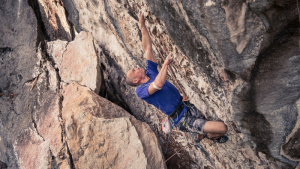 Of rocks and needles

For the past decade the German doctor Volker Schoeffl and his wife Isabelle have been coming to Laos. The country, squeezed in between Thailand, Vietnam and Cambodia is one of the poorest in the world. Once a year the two doctors perform difficult operations, teach and support the local team and bring new equipment to the hospital. Not only do they work though. Both are astonishing climbers and so they spend their free time setting up new routes all accross the country. 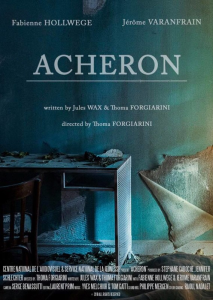 After a terrible accident, Marie finds herself trapped in a space-time loop which she can’t escape from. To get out, she will have to face her new traumatic reality. 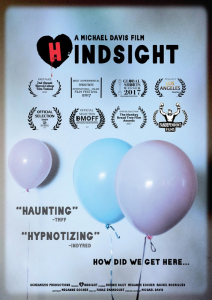 A tragic love story of lust, betrayal, and murder told in reverse. 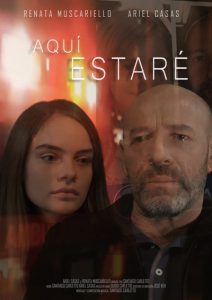 I’ll Be With You

The surgeon Carlos Rigoni and his daughter Malena are in the living room of their house, watching a recording of the news of their own car accident. While the news passes, the fate of both seems to be at stake. 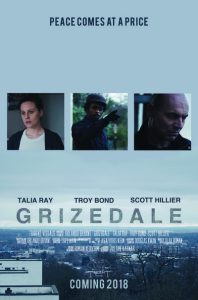 A self-righteous husband risks his and wife safety as he goes to confront a dangerous drug dealer who is plaguing the council estate with drugs.

Joel Constantine and Liz Austin who is a cohabiting couple, are residents of the Grizedale estate and as the former contemplates how they are both down on their luck, Liz tries to stay positive about their lives.

Joel makes an over exaggerated comment about the area they live in which Liz points out. This leads to an argument between the couple but in the middle of all the shouting, they hear loud music coming from a car which is unusual for that time of day.

They go out onto the balcony and they see Reece standing by a car doing a drug deal. Joel, fed up of seeing Reece doing drug deals, goes to confront him and when he does, he is provoked and punches Reece, knocking him to the ground. Despite her best efforts, Liz fails to prevent the altercation and drags Joel back inside.

Another argument ensues between Joel and Liz and the former really oversteps the mark by saying that no one asked Liz to be there. Seeing that his wife is visibly upset, Joel tries to reason with her to no avail. He goes out onto the balcony to get fresh air but when he walks out he enters into a stare down, as he sees Reece looking up at him with menace. 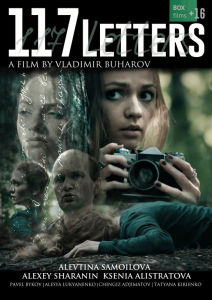 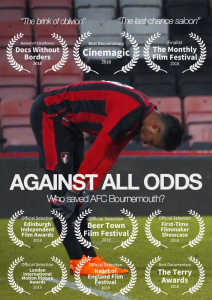 Against All Odds is a short documentary that follows three of AFC Bournemouth’s most influential characters throughout the clubs darkest days. Furthermore it explore the clubs plight from a fans perspective, giving a multi faceted recollection of this incredible journey. 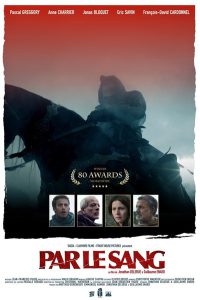 Once a ruthless war lord who won his land by his sword, Mort-Lieu is now a sick old man. A mysterious knight appears ; Mort-Lieu believes the stranger is Death himself coming to get him. Facing his own end, Mort-Lieu has to confront his legacy.

A LOVE-HATE RELATIONSHIP BETWEEN TWO MEN ENDS UP IN A BLOODY BATTLE.

Harun Güler is a Berlin based director and artist.

His work ranges from fashion film and music videos to video installations, exploring the boundaries of documentary and fiction while carefully blurring the line between art and commerce.

Born and raised in Germany by Turkish parents, Güler’s main area of interest remains masculinity and traditions in the everyday, framed within a more specific Middle Eastern context.

His professional background is video editing and post production in Munich, Istanbul and London. 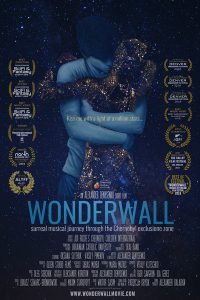 WONDERWALL is a short film/narrative cinematic music video, which tells the story of unconditional love that helps overcome the loss of a loved one and helps one cope with grief.

A musical story follows a young man whose heart has been broken due to the lost of a loved one, and he is trying to escape reality. But his surreal experience while in the Chernobyl exclusion zone gives him a chance to discover himself. 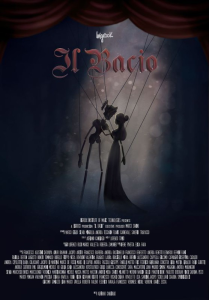 Two puppets, a prince and a princess, are protagonists of a fairy tale story.Of this story we are only allowed to know the finale, the moment of the kiss that decree the happy ending. But something goes wrong: the one who manages the puppets decides to get in half. Will our hero succeed in kissing the princess? 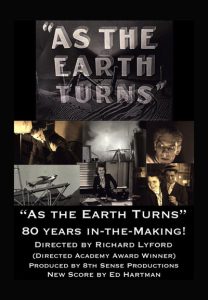 As the Earth Turns

In 1937, in Seattle, a twenty-year old budding filmmaker using his own equipment, had already created 58 plays and 9 never released, award-winning films. This director would go on to work for Disney Studios, and direct and edit a 1950 Academy Award Documentary. Richard H. Lyford’s films have developed a following among film-historians, since his early “amateur” films are some of the first “indie” films ever created outside of Hollywood. Lyford experimented with special effects, and models, and was becoming an excellent director. His final, and most challenging, film of this era was “As the Earth Turns”, his screenplay based on “The Man Who Rocked the Earth” by Arthur Train and Robert Williams Wood, 1915.. It was filmed in the Pacific Northwest, in and around Seattle.

“As the Earth Turns”, is presented for the first time after 80 years of development! To finish his vision, a professionally mixed orchestral soundtrack, by NW film composer, Ed Hartman has been added to the presentation.

“As the Earth Turns” is a 45 minute, sci-fi film that foresaw WWII, future-technology, climate change, and the extreme need for peace, as the world was drifting back into world war again. The main character, “PAX” (“Peace” in Latin), is played by Lyford, himself, a scientist who desperately wants peace. He uses climate changing science to keep mankind from war. The lead actors are both male and female. The lead actress, Barbara Berger (AKA Barbara Berjer) portrays a hard working newspaper reporter. Her strong character, “Julie Weston” leads the hunt for the villain all the way to the end of the film. Berger had a long career on Broadway and television (ironically including “As the World Turns”).

The acting is dramatic, professional and realistic. Lyford used early homemade FX including controlled dynamite explosions and miniature models similar to those used in “Flash Gordon” (1936 Serial). His make-up work was excellent (he loved Lugosi and horror films) and his framing of the picture is mature and developed. Lyford was very capable of directing his acting troupe, as well. A legendary location in Seattle, “Gasworks” was used for PAX’s lair. The film has similar themes to “Things to Come”(1936), “In Like Flint” (1967), and even a little “Austin Powers” (1997). Some of the dialogue seems to come out of the TV series “Star Trek” (1966), and even “Dr. Strangelove”(1964). The film was shot in B&W, but the last scene was shot color for dramatic purpose, foreshadowing “Wizard of Oz” in 1939.

“As the Earth Turns” is an example of a true “indie” film, completely shot outside of Hollywood. It is an amazing educational film for any filmmaker to learn from. This filmmaking had no sophisticated technology available. It has multiple-exposure sequences (including a very professional title sequence), “day for night” shooting, simple transitions, and intense editing between live action and miniature model sequences. Richard Lyford did his best with very limited resources. This film is a great lesson for anyone in media creation, today. 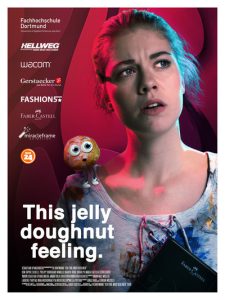 In „This Jelly Doughnut Feeling”, the shy and dreamy cartoonist Anna is confronted with a cheeky, high-tech smart speaker which wants to help her wake up and take her life into her own hands.

This entertaining story mixes cartoon animation with life action scenes. With a comedic and sarcastic look, Anna’s relationship, her professional life and her way of dealing with problems is shown and very creatively staged. 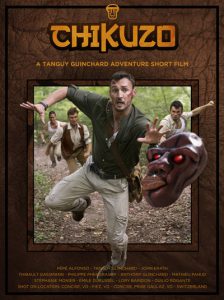 Liam Loyld Powell the adventurer is chased by his old enemy, Professor Wathkins. Liam has discovered the secret to get to the famous Chikuzo’s treasure and will protect his discovery from the professor despite the challenges that Liam must faces. 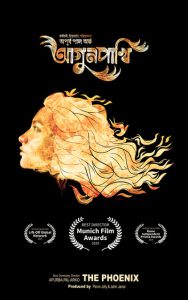 This is about a girl who was reborn the same day. 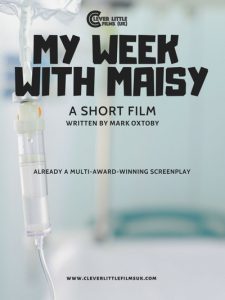 My Week with Maisy

Retired and conservative Mrs Foster is starting chemotherapy and is understandably anxious. The last thing she needs, is to have to share the treatment room with a ‘know it all child’ who wants to grow up to be a lesbian! But a series of life lessons from this cheeky 9 year old, give her much more than just a glimmer of hope! 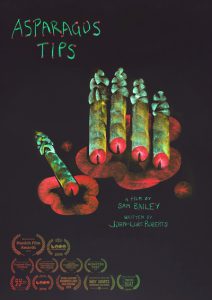 A dinner party kicks off with the last guest to arrive, the oddly named Asparagus Tips. Upon introducing herself we soon gather that her name comes from her asparagus hands. After the starter doesn’t go according to plan she steps up to the plate, literally, and offers her tips for the party. A delicious delight that everyone wants more of, mostly at the disadvantage of poor Asparagus Tips. 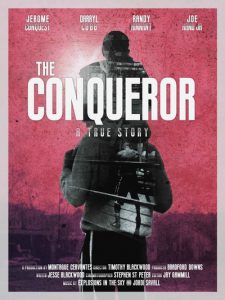 Maintenance worker by day, pro-boxer by night, Jerome Conquest lives in the city of ‘Rocky’ and comes from one of Philadelphia’s most dangerous neighborhoods, Strawberry Mansion. When Conquest loses his best friend, Calvin, to street violence, he turns to boxing as a way to improve his life, which begins a story of redemption, not only for him but for his struggling community. 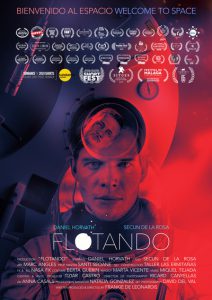 A Russian astronaut awakes on an ISS space module after an accident. His attention is caught by outside knockings . Someone has come to welcome him, although it might all be just his Imagination, or maybe not 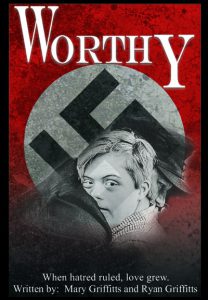 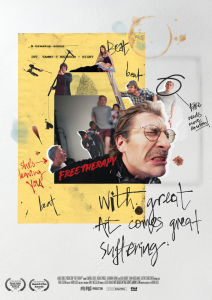 A director with a broken heart directs a break up scene and has a breakdown.

Tammy is breaking up with Tim and Tim starts to cry – well that’s how the scene is supposed to go. But the actor playing Tim can’t make himself cry so the director steps into the role, a role he knows too well. Using the scene to relive his recent traumatic breakup, the director has a lot to get off his chest. A comedy short film written and directed by Aaron Lucas (and not based on true events).