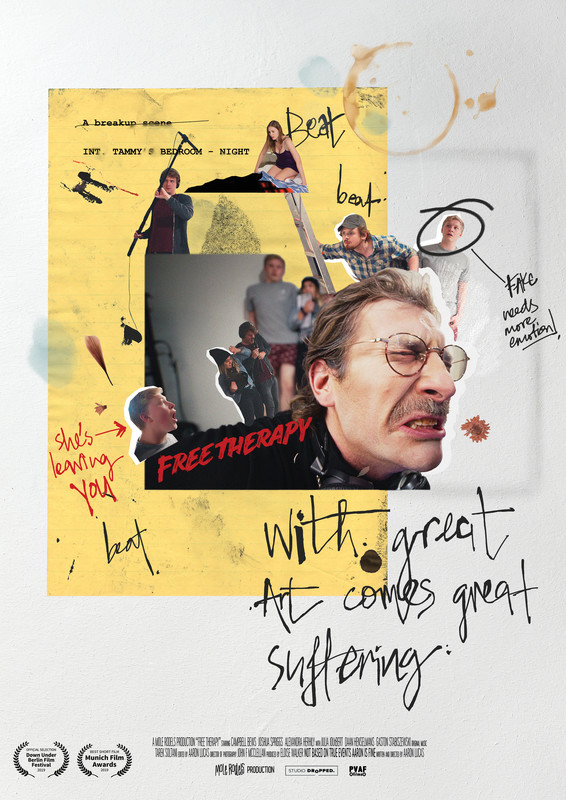 A director with a broken heart directs a break up scene and has a breakdown.

Tammy is breaking up with Tim and Tim starts to cry – well that’s how the scene is supposed to go. But the actor playing Tim can’t make himself cry so the director steps into the role, a role he knows too well. Using the scene to relive his recent traumatic breakup, the director has a lot to get off his chest. A comedy short film written and directed by Aaron Lucas (and not based on true events).

Aaron is an Australian director based in Berlin and a stickler for absurd comedy. He did his bachelor degree in performance (acting) at the University of Wollongong in Australia and since has worked worked on both sides of the camera and the stage.

He makes up one half of comedy duo Mole Rodels under which he has directed short films ‘The Clique’ and ‘Two Minutes Til The Train’ as well as mini-series’ ‘Mr Higgins’ and ‘Toby Or Not To Be’.

Aaron loves to fuse mundane situations with surrealist or absurd elements to make comedy. That said, he will still always find farts the funniest.

Richard E Grant called his audition for the role of ‘Withnail’ in his breakout film ‘Withnail and I’ “free therapy”. He said that he was debating on whether to go in to audition for the role, but in the end, he decided to as it would give him the opportunity to yell and get some things off his chest. I won’t deny it, I wrote this film to make fun of the concept of an ‘artist’ – particularly of an artist with power. Time and time again is the bad behaviour of artists with power excused as ‘genius’. They are then given power again to manipulate and be horrible to other people in the name of art. The character of the director in this film is using this ‘scene’ as a guise to relive his trauma and to get over it. More than that, this short was an opportunity to work with an exciting crew and cast to create something funny, weird and wonderful. These are a

few of my favourite things. 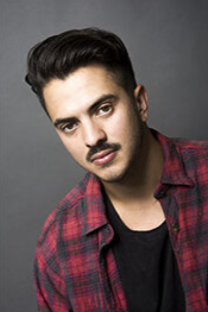