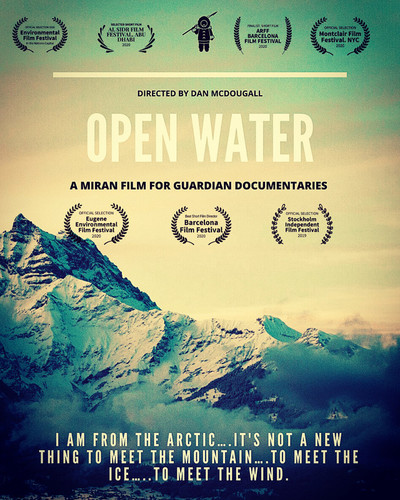 Today Greenland feels to be at the centre of many different issues facing our changing world. The unspoken truth is the perfect storm of a changing climate, and the rapid encroachment of the modern age has already dramatically impacted the Arctic people – forcing them to cope with change beyond their immediate control in the present – not the future. The short film, Open Water, is a triptych narrative, based on the lives of three Greenlanders; a Hunter, a Ship’s Captain and a Fisherman, individuals whose very existence and heritage is intertwined with the Arctic Ocean. Like many who live in the polar north, their fortunes straddle the extremes of summer and winter. In the best of times, they can fish, hunt and be free of one of the harshest landscapes known to man. In the worst of times, they are exposed to the climate crisis and stranded between Arctic storms and an unforgiving icy interior. At the heart of a warming planet, open water, an ocean without ice, offers both economic opportunity for fishermen in terms of access to Halibut grounds in winter and a longer tourism season, but also cultural decay in terms of traditional ways of life like sled dog hunting. Faced with the looming spectre of a drastically changing environment, these seafarers hold a complex range of emotions as they reflect on both their past, their present and future.

Based in Barcelona and Edinburgh Dan McDougall is an award-winning Scottish writer and documentary maker. He is the former Sunday Times of London Africa Correspondent and New Delhi-based South Asia Correspondent for The Observer, London, as well as a BBC Panorama Presenter. A British Foreign Correspondent of The Year, an award he has been nominated for no fewer than three times, Dan is also Media Leader at WEF, The World Economic Forum, and a regular International Speaker on Human Rights. To date, Dan has won four Amnesty International Awards for Outstanding Human Rights Journalism, and he is a Martha Gellhorn Prize Nominee for War Reporting. In his career Dan has reported overtly and covertly from over 120 countries including some of the most hostile environments in the world including: Somalia,Yemen, Liberia, Afghanistan, Pakistan, the DRC, Burma, Zimbabwe, Bosnia, Sierra Leone, Rwanda,The Sudan,The Sahel, Sri Lanka and the Palestinian West Bank.

There is no question that as International storytellers, we need to act to raise awareness around the climate crisis. I feel strongly that to find the real human pain behind our warming planet; we will need to find hidden stories at the ends of the earth. The extremities of our world are where it will impact first and hardest. From an Atoll in the Pacific to a village of 120 people in the Arctic. The message for the mainstream media is these stories are no less critical than wildfires in California or floods in Oxfordshire. Their present is our future. We also need to tell their stories in a vivid and highly visual way – using as many forms of media as we can – form podcasts to film to long-form writing. The highest quality writing and film-making will do more to engage the right audience than a series of social media shorts with bold subtitles. There is a desire for understanding of what’s happening in the world – to get to the heart of the matter. To meet this expectation takes journalistic craft and time.

This is a massive issue for me, personally. I am a visiting lecturer at The University of Cambridge. Specifically, The Cambridge Institute for Sustainability Leadership, and I am currently writing a talk that addresses the importance of climate crisis storytelling.

The commitment by The Guardian and its editor Kath Viner to cover climate in both and urgent and compelling way is a positive step and one that certainly attracts human rights journalists like me to return and create content for the title. The Guardian’s updated style guide states that “climate change” no longer accurately reflects the seriousness of the situation and journalists are advised to use “climate emergency”, “climate crisis” or “climate breakdown” instead. Though it may seem inconsequential, language choices do matter to journalists and also an editorial commitment to issues.

This is a very different stance from when I first started reporting on “Global Warming” as it was known then when I was based in India and air pollution or wildlife extinction, threats to the oceans or the human and social costs that rising temperatures bring

I have been reporting on environment and human rights for over 15 years and recently re-read an Observer investigation I did on The Sunderbans on the climate change refugees fleeing sinking islands in the Bay of Bengal which I wrote for The Observer in 2006. Back then, environmental stories were often seen as left field.

I find it impossible not to put both the climate crisis and the refugee crisis at the top of my own journalism agenda – the intersection where are they are also linked is an area of investigation that needs more attention. I have this saying in many of my talks around storytelling, Enrage to Engage, which means if you can use compelling case studies and human emotion to help trigger anger around issues, then the stories can be truly impactful. The first rule of campaigning journalism is to listen carefully and the second is to act strategically. 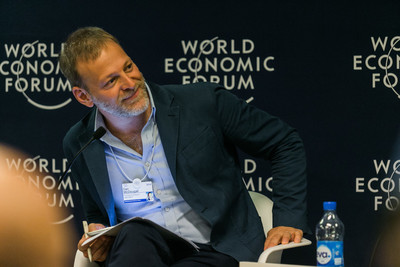