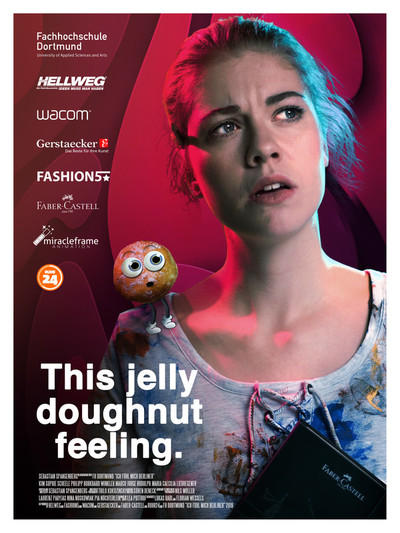 In „This Jelly Doughnut Feeling”, the shy and dreamy cartoonist Anna is confronted with a cheeky, high-tech smart speaker which wants to help her wake up and take her life into her own hands.

This entertaining story mixes cartoon animation with life action scenes. With a comedic and sarcastic look, Anna’s relationship, her professional life and her way of dealing with problems is shown and very creatively staged.

Sebastian Spangenberg is a film student at the „FH Dortmund – University of Applied Sciences and Arts“ in Germany, since 2017. Previously, he completed a three-year training as a professional editor and camera operator at one of Germany’s largest TV networks „NDR“ in Hamburg.

Sebastian has passionately made short films, since he was twelve years old. Starting with action scenes in the garden of his parents, following the first submissions to small video competitions to more complex stories that eventually found their way to short film festivals. 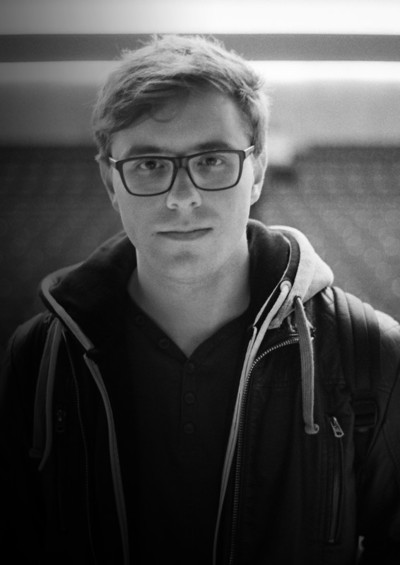