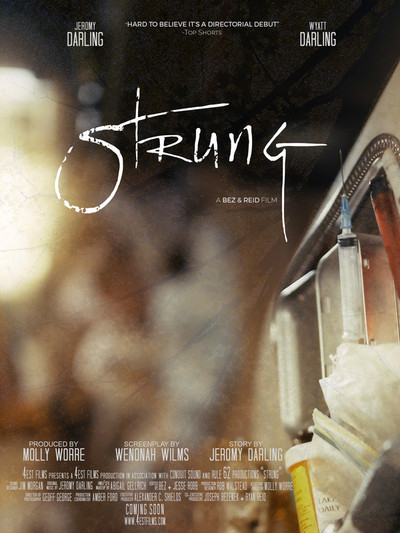 Lost in the forest of his own mind, Eric must rely on the survival skills of an enigmatic nine-year-old boy to help him battle vicious withdrawals and self-deprivation to catalyze change within his family’s cycle of addiction.

Joseph Bezenek and Ryan Reid have been cultivating a creative relationship in storytelling from the moment they met as Freshmen, on the campus of Millikin University in the fall of 2012. Over the course of their college career, they expanded from acting into directing, producing, and writing, and discovered that the expression of art can offer a communion of both creator and viewer. Within this space, one may peer into that abyss of pain, ecstasy, shame, childhood traumas, and addictions that we all share in one way or another. Goya said, “We have Art that we may not perish from Truth.” But Bez and Reid believe that the Art doesn’t rid us of the Truth. It is a lie that helps us discover our own truths, it holds the hand of our inner child as we face those truths, and gives us strength to persevere and heal. These filmmakers have set out to use their work to heal and revitalize the child within, to reinvigorate the imagination, and dare us all to be kinder and more loving with ourselves and those around us.

Bez’s filmmaking dreams began at the mere age of 6. He and has cousin Forrest Wasko had nothing but an RCA VHS Camcorder, and a desire to make people wonder.

Days after graduation as a James Millikin Scholar, Bezenek punk-rocked his way into The House of Tomorrow (2017) starring Oscar-Winner Ellen Burstyn, and in just months following, Bez made his National Television debut with the Starring role of Jim Stolpa – previously played by Neil Patrick Harris in Snowbound: The Jim and Jennifer Stolpa Story (1994) – in ABC’s Season 3 Premiere of In an Instant (2015).

After working on a variety of different projects in LA, London, Minnesota, and Arizona, Bez co-starred with Scout Taylor-Compton in The Lumber Baron(2019) which was distributed by a company under Lions Gate after it beat Green Book for the Audience Award at the Twin Cities Film Festival.

After growing tired of being called in for countless thrasher film horror scrips Joseph created and founded his own creative company: “4est Films”. Bezenek, with 4est Films, is now collaborating with wonderfully talented artists they have met along their journey in order to produce art for impact. There is a ton of content out there to be involved in, and Bezenek doesn’t want to waste any time doing something he isn’t overwhelmingly passionate about.

Strung is the resilient, first-time filmmaking debut that Bez and Reid could once only dream of. With the relentless and generous work of so many wonderful collaborators, that once-distant dream became reality…and it all hinged upon the incredible work of Strung’s leading man, Jeromy Darling. Having worked in rehab centers and using the power of music to heal since he was sixteen, Jeromy’s life embodies exactly the compassion and forgiveness that Bez and Reid stand for. The story of Strung was conceived by Mr. Darling, based on the countless stories he’s lived in his life of service. From there it was pure determination, love, and care from more than thirty individuals involved in the process, that brought this story to life. The directors are proud to offer this as their first work, and hope that it awakens some part of your imagination, and gives some healing to that inner child, who, despite often losing sight of them, lives strongly within us til our dying day. Never give up on that child within, so we may understand, teach, and raise our own children with the love they deserve. If you or anyone you know is struggling with addiction, please call the SAMHSA National Helpline hotline at 1-800-662-4357. You are not alone in your struggle. You are seen, heard, and loved. 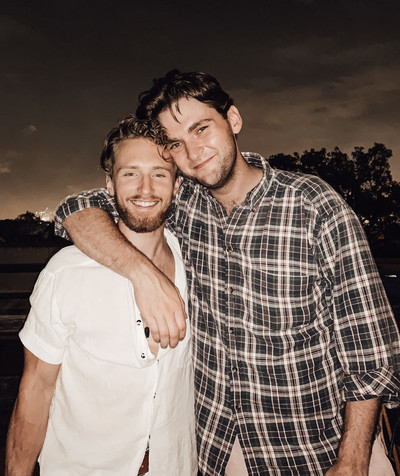