Leon doesn’t want to go to jail. After years of heroin use, he therefore has to commit to therapy. His father Hans-Joachim doesn’t want to die. The artist tries to overcome death and become a Homo Digitalis. After a long break, Leon visits his father in the central german province. It will be the last time they see each other.

Kilian Armando Friedrich, born 1995 in Constance, grew up in Chur and Saarlouis. He studied scenic arts in Hildesheim and liberal arts in Madrid. Since 2018, he has been studying directing with a focus on documentary film at the University of Television and Film Munich. He is interested in unusual characters and perspectives on the existing world, people who believe in miracles, who stand up for something of their own and can say: I’m alone with that

Lara Milena Brose, born 1993 in Filderstadt, has been studying documentary film directing at the University of Television and Film Munich since 2018, after a two-year stay in Latin America and a degree in philosophy. Her thematic interests lie in the exploration of inner worlds and socio-critical perspectives, her cinematic interests lie in the engagement with visual language in documentaries.

On one side, an aging father and artist who sees his struggle against his own mortality as part of the digital quantum leap; on the other, his heroin-addicted son, who has learned life on the streets and had to experience the harshness of transience firsthand: the contrasting realities in the lives of our two protagonists fascinated us right from the start.

The fact that death would inscribe itself into our film in such a drastic way was something we didn’t expect at the beginning. What led to Leon’s death? Could it have been prevented? Our film does not want to answer these questions, but instead tries to approach the state of two people and a relationship at a particular moment in their existence. 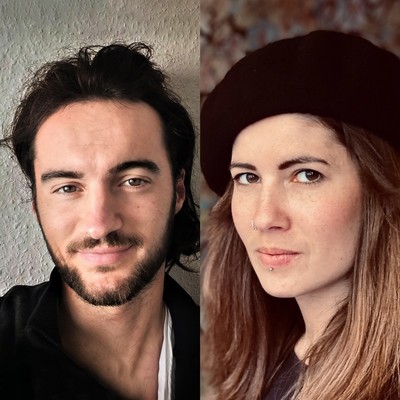