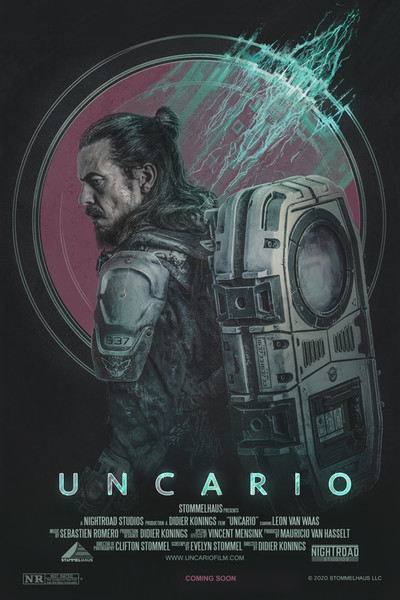 In a dusty future where the last humans have taken refuge in a cold, sterile Moon colony, A-153 is being driven mad by vivid dreams of a beautiful green world. While planning his escape, he picks up a distress signal from Earth! Hellbent on making contact, he steals a ship and launches toward the planet. Soon he will discover the horrifying truth about his fantasy world and the person who called for help.

Didier Konings (28), from the Netherlands is the artistic head of the recently opened NightRoad Studios based in Los Angeles, CA.

From a young age, Didier always dreamed of becoming a filmmaker. But when he saw Steven Spielberg’s “Jurassic Park” for the first time, he was so completely enamored by the visual effects and unique story that he dove headfirst into learning everything he could about film. While attending design-specific lower and upper school, Konings made numerous amateur movies with his childhood friends – many of which won prizes in several competitions – which became the base for his career in the film industry.

As Didier got older, his movies became more professional. At the age of 17, he directed a low-budget feature film titled “Boys in War,” a personal project he worked on for four years. While creating the world of “Boys in War,” Didier discovered his passion for environment design and matte painting. Soon after, he enrolled in the Netherlands Film Academy where he specialised in Digital Matte Painting and Concept Art. His portfolio was so visually compelling that he was offered an internship at Aaron Sims Creative in Los Angeles, where he worked from 2014 to 2020.

Didier lent his concept art, production design, and visual effects skills to the short film The Space Between Us, which was nominated for the DIORAPHTE AWARD in the Netherlands Film Festival 2015. It also won the prizes for the BEST SHORT FILM and BEST INTERNATIONAL FILM at the Australia Sci-Fi Film Festival in 2015.

Didier worked full-time at Aaron Sims Creative in Los Angeles for the last five years. As the Lead Digital Matte Painter and Concept Artist, he has worked on several blockbusters and delivered iconic concept design work and memorable visual effects. Some highlights include: key scenes for Rampage (Dir. Brad Peyton, starring Dwayne “The Rock” Johnson), the majestic worlds of the film A Wrinkle in Time (Dir. Ava DuVernay, starring Oprah Winfrey, Reece Witherspoon, and Chris Pine), the design for Themyscira Island from the film Wonder Woman (Dir. Patty Jenkins, starring Gal Gadot and Chris Pine), the bizarre Upside Down world for the hit TV series Stranger Things, several matte paintings for The Conjuring 2, and the fantastical worlds for the Chinese blockbuster Asura, to name a few.

Currently the artistic head of the recently opened NightRoad Studios, based in Los Angeles, CA. Didier is inaugurating the studio with its first production – the sci-fi short film “Uncario” directed by Didier himself.

Many of my childhood dreams have genuinely driven most of my adult realities. It is evident to me that those fantastic “escapades” are one of the biggest gifts we have been granted as living beings. The irony behind this is that these oneiric instants often require much pain and effort in order for us to transform them into factual realities. The countless challenges we face every day by attempting to achieve such goals even gets us to doubt the logic, if any, of doing so.

The courage to take such a determination and relentlessly carrying on, is what makes of Neil, the protagonist, a genuine hero. We would be nowhere if it was not for individuals like him who brave defy the establishment, but also, the irony of this path is that it is paved with selfishness and individualistic views that could very well compromise the survival of the human species.

The world of Uncario is a realistic future-noir. Humanity huddled for safety in a Moon colony which became almost like a prison filled with innocents. Every day we are all committing acts which could lead Earth to become inhabitable, and all our crimes could be paid for by those that come after us. Uncario will show the consequences to our own actions and inactions. We will want to escape back into the paradise we lost, only to realize the true price of freedom.

Uncario is not meant to be a fast-paced, emotionless piece loaded with computer graphics. It is a story meant to reflect the reality behind the human spirit in an honest, raw way. It will be told in a visual form that echoes the techniques of vintage sci-fi films we all love, allowing audiences to digest every emotion from the performances. It will be intense but never rushed. It does not intend to be a lesson, it carries no moral judgement. It is a film that will spark conversations from its multiple perspectives, as there is no single answer to its many questions.

Uncario is a tale about a dreamer who did not give up, and the consequences of making his dream… a reality. 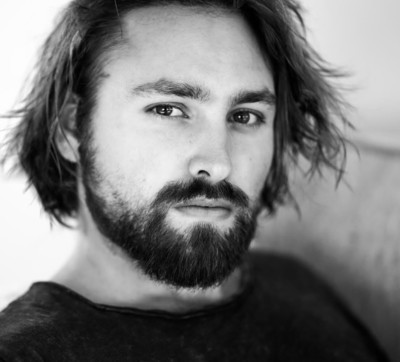